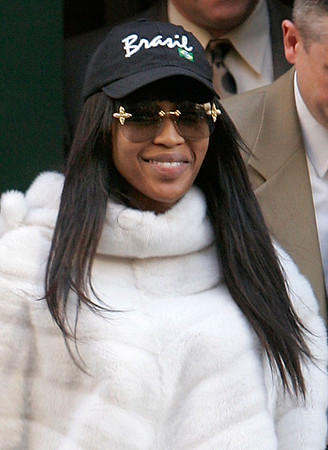 A police spokesman said Campbell had been charged with second degree assault and the housekeeper was taken to hospital after the incident. The spokesman had no further details on the woman's injuries.

Campbell, still one of the biggest names in fashion at the age of 35, was fingerprinted and photographed at the police station.